Let me start with something disturbing: not every ER hires George Clooney. I know, I know, it’s extremely upsetting but that’s the cold truth. 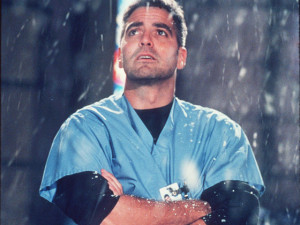 Now, imagine you’re on your highly anticipated vacations, tanning, swimming and drinking way too much. Suddenly, out of nowhere, a huge kangaroo comes your way and kicks you in the groin. It can happen, really. Since it was a kangaroo, one might come to the obvious conclusion that you are abroad. Probably in Australia, but maybe it’s a kangaroo that went crazy and hopped on a plane to the UK or Canada, you never know. What do you do next? First, naturally, you take an Instagram photo of the event and post it on Facebook. Then, you wait to see how your friends react to this spectacular event and make a list of friends who care about you — a.k.a. immediately reacted in a sympathetic manner — and those who will no longer be invited to your awesome New Year’s Eve party — a.k.a. those, who “liked” your status or, even worse, those who didn’t react at all.

Once you’ve done all the absolutely necessary socializing, you will probably go to the nearest hospital and look for… No, not George Clooney. You will look for some kind of emergency room (ER), that’s true, but what most of us do not realize is that depending on the country, region or hospital, this magical room with needles and stretchers and George lookalikes is called differently. Most of the time it’s, of course, an emergency room, ward, center or unit. However, the most official term is usually ED, that is the Emergency Department. So, if you see ED instead, don’t worry — it’s not because of the wicked kangaroo’s strong kick, it may be because you’re in Sydney or in Dublin. You may also happen upon another acronym: A&E, a term from 1970s that is still quite common in the UK, Ireland and Commonwealth countries. A&E stands for Accident and Emergency, which used to be the formal term for this particular medical specialty. As you may have deduced, ER is more common in Canada and the US since it follows the same pattern as the operating room (OR), the American term for an operating theater. To make it even more confusing, there is yet another term for the place where you go in your most vulnerable state: a casualty department or casualty ward. And “casualty” somehow sounds more serious than “accident”… After all, it used to mean a gravely ill patient and it was mostly used by people in the army: yes, I know, that’s not reassuring. Still, casualty ward is actually the most interesting of the phrases meaning emergency care units — it was used by Shakespeare, no less!

All in all, you were really lucky to encounter the angry kangaroo: thanks to its emotional disturbance we got to travel in space and time — from Sydney to Canada, from Facebook to the Elizabethan drama.